The Israel Competition Authority raided the offices of the country’s largest supermarket chain and a major food and drink maker on suspicion of price fixing, the companies said on Tuesday.

A number of senior officials at supermarket chain Shufersal and food company Strauss Group, including CEO of the former, Itzik Abercohen, were questioned in connection with the investigation.

Shufersal confirmed to the Tel Aviv Stock Exchange that Abercohen was under investigation and said documents and computer equipment were taken from the supermarket chain’s offices during the raid.

Strauss also said documents had been removed from his offices and senior officials had been questioned.

According to Channel 13 News, the phones of some executives of the two companies were seized.

By registering, you accept the conditions

The competition authority said it was examining a number of suppliers and stores suspected of having violated competition laws, Reuters news agency reported. There were no other details given or any officially named companies.

However, the public broadcaster Kan reported that the owner and CEO of the Victory supermarket chain, Eyal Ravid, had also been summoned for questioning by the competition authority. Victory’s offices were not searched.

The Tel Aviv Stock Exchange briefly halted trading in shares in both Shuferasl and Strauss. Victory’s business has not been stopped.

Shufersal said in a statement that the company “is acting in accordance with the law and will cooperate fully with law enforcement authorities.” 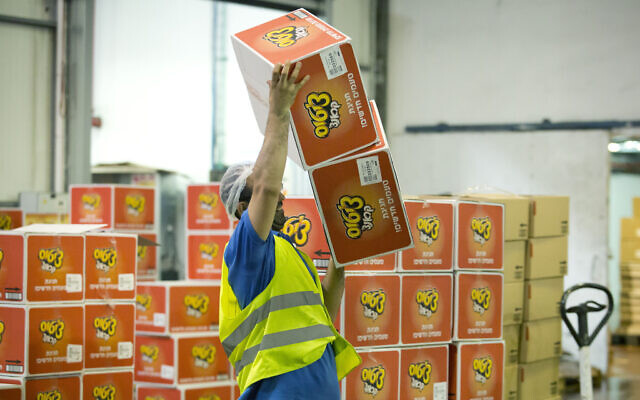 Grocery prices in Israel are seen as an ongoing concern for many in the country, where the cost of living is consistently seen as a major issue for voters, even going beyond security issues.

The last decade has seen major protests sparked by accusations of price hikes on seemingly mundane products, such as cottage cheese and pudding cups.

Shufersal and Abercohen were already under fire in recent days after a public outcry around the supermarket’s website offering cheaper products to ultra-Orthodox consumers.

A Channel 12 report last week found that the products offered on Shufersal Online, an online grocery delivery service run by the Shufersal grocery chain, were more expensive than the same products found on a second website that they were selling. ‘It runs aimed at ultra-Orthodox consumers, which only carries products that have a strict kosher “mehadrin” certification.

Abercohen suspended the discounts website, which catered to customers with strict kosher standards and large families, acknowledging that the move replaced the extension of discounts to all Shufersal customers.

The grocery chain’s decision to suspend the discount website came after the TV report caused a stir among its customers and the head of the Knesset’s Economic Affairs Committee, MP Michael Biton, said that he would order the CEOs of Shufersal and other chains to appear before the panel for a special discussion on grocery prices. 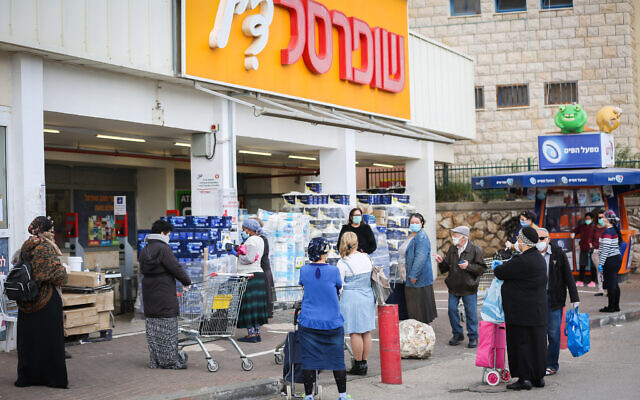 Tuesday’s raids aren’t the first time Shufersal has been named in alleged pricing.

The fine was imposed on Tnuva due to agreements made with chains to increase the prices of a number of its products, as well as an agreement with stores in 2011 to set a uniform price on cheese at the low-fat cream made by the country’s three largest dairy producers, to prevent the other two, Strauss and Tara, from undermining Tnuva, the Antitrust Authority said in a statement. Two former senior executives of the company were also fined 75,000 shekels ($ 20,000) each.

What does “fierce” mean in Hebrew?

In Streetwise Hebrew for the Times of Israel community, each month we learn several familiar Hebrew phrases around a common theme. These are small audio Hebrew course that we think you will really appreciate it.

This month we learn some phrases on the topic of Strength and power. Ready to fight with us?

Already a member? Log in to stop seeing this

Are you serious. We appreciate this!

We are really glad you read X Times of Israel Articles in the past month.

That’s why we come to work every day – to provide discerning readers like you with must-see coverage of Israel and the Jewish world.

So now we have a request. Unlike other media, we have not set up a paywall. But since the journalism we do is expensive, we invite readers for whom The Times of Israel has become important to help support our work by joining The Times of Israel community.

For as little as $ 6 per month, you can help support our quality journalism while benefiting from The Times of Israel WITHOUT ADVERTISING, as well as access to exclusive content reserved for members of the Times of Israel community.

Already a member? Log in to stop seeing this